Main Auditorium The Centre for Culture in Lublin / 12 Peowiaków Street

The title of the piece, “Flat Surfaces”, refers to the manner of using the musical material which is subject to typical musical transformations on much a smaller scale, and instead, it is manifested as a series of stationary films which present individual acoustic events. In the piece, the sound of the piano is transformed by the computer and sent both to the four speakers placed under the piano and to the pickup which vibrates the instrument’s soundboard. Such an unusual arrangement of the speakers is aimed at the interaction between the piano and the acoustic space in which the walls of the concert hall have an active influence on the movement of sound in space. The piano’s transducer  interferes with the sounds of the strings that vibrate both through traditional performance methods, and with the use of electronic devices. “Flat Surfaces” was written especially for Małgorzata Walentynowicz, with special thanks to the CODES Festival for enabling the premiere of the piece in May 2021.

“They start and they are already finished. Sometimes, they do not even start, do not have a beginning. Then, is it a suite? It is perhaps a theatre. Is this the old dream never to finish or that always to start again? And then, the ideas which pass so quickly and then the desire to take up the ideas already given and then the pleasure of transforming them as themes which come to give a rhythm to the travel. Then, finally, these small pieces, they make large one…”

“I have carried out works, which lead more or less away from merely musical concerns. Some of them originate from the touch of different branches belonging to one single tree. It’s all about trying to express passing ideas, feelings and intuitions by different means, to observe everyday life in all its realities, whether they are social, psychological or sentimental. This might manifest itself in the form of texts, instrumental scores, electro-acoustic compositions, reports, movies, music theatre, and so on.”

It is this first sentence that has him wondering: 1929?

He wrote numerous autobiographies in which he falsified data. Writing dries him mad, you should never ask him for that. And as he didn’t dare to make himself younger, he made himself older. So there is a lot of falsified data going around, what he once enjoyed. Now, he doesn’t enjoy it very much anymore.

He wonders what would have become of him if he’d been born in his father’s small village in Corsica.

He has no answer to any of this.

Małgorzata Walentynowicz has performed both as a soloist and as a chamber musician in festivals and venues such as MaerzMusik, Ultraschall Berlin, Warsaw Autumn Festival, Wittener Tage für neue Kammermusik, Rainy Days in Luxembourg, ECLAT Stuttgart, Klangspuren Schwaz, ISCM World Music Days, the Summer Courses for New Music in Darmstadt, SPOR in Aahrus, Acht Brücken Festival Cologne, Huddersfield Contemporary Music Festival, European Weeks Festival in Passau, Sacrum Profanum in Cracow, Tzlil Meudcan Tel Aviv, Cairo Contemporary Music Days. Małgorzata Walentynowicz won the 1st Prize at the 37th Gaudeamus Interpreters’ Competition in Amsterdam and 1st Prize at the Yvar Mikhashoff Trust for New Music Competition in Buffalo, New York. For her interpretations of contemporary music, she was also granted a scholarship for excellency in performance from the Darmstadt International Summer Courses for New Music. She was nominated for the Classical: Next Innovation Award 2017 in Rotterdam. Currently she dedicates her performing work to new music as a soloist, in ensembles, and with orchestras. She increasingly takes part in projects with multimedia, performance art, and elements of music theatre. Małgorzata Walentynowicz cooperates with visual artists such as Dorota Walentynowicz, warped type, Muetze Media and performs with Ensemble Garage Köln Ensemble, The New European Ensemble from Haga, Opera Lab from Berlin.

Krzysztof Wołek (b. 1976, Bytom, Poland) is a composer, improviser, and installation artist. He is currently working as an Associate Professor of Music Composition and a Director of Digital Composition Studies at the University of Louisville. He received commissions from the Warsaw Autumn Festival, the Siemens Foundation, SCI/ASCAP, among others, as well as awards, grants and stipends from the University of Chicago, University of Louisville, Foundation for Contemporary Arts, Kentucky Arts Council and Polish Ministry of Culture and National Heritage. Krzysztof is a passionate advocate of contemporary acoustic and electronic music and multimedia compositions, serves on the jury of the Grawemeyer Award for Music Composition and is a Programming Committee Member of the Warsaw Autumn Festival. His compositions received various awards such as the Prix for Mobile Variations at the Concours Internationaux de Musique et d’Art Sonore Electroacoustiques, Bourges, 2007. Krzysztof’s works span a broad spectrum of works from purely acoustic, improvisational and electronic to various forms of multidisciplinary collaborations. They have been presented at various festivals of contemporary music and art in Europe, North America and Asia.

Born in 1980, creator of comics, illustrations, and animations from Gdańsk. Author of an original series Wyspa Szyszek (“Cone Island”) which he creates in cooperation with writers Tomasz Kontny and Piotr Szulc. He is a lecturer in comics at the Polish-Japanese Academy of Information Technology and WSB universities in Gdańsk. Author and leader of numerous comic workshops, co-organizer of the city project: Comics in the City, City in Comics: Comic Guide to the Lower Town. Second prize winner at the International Festival of Comics and Games in Łódź in 2015 for the comic book “Charlie Cudak”. 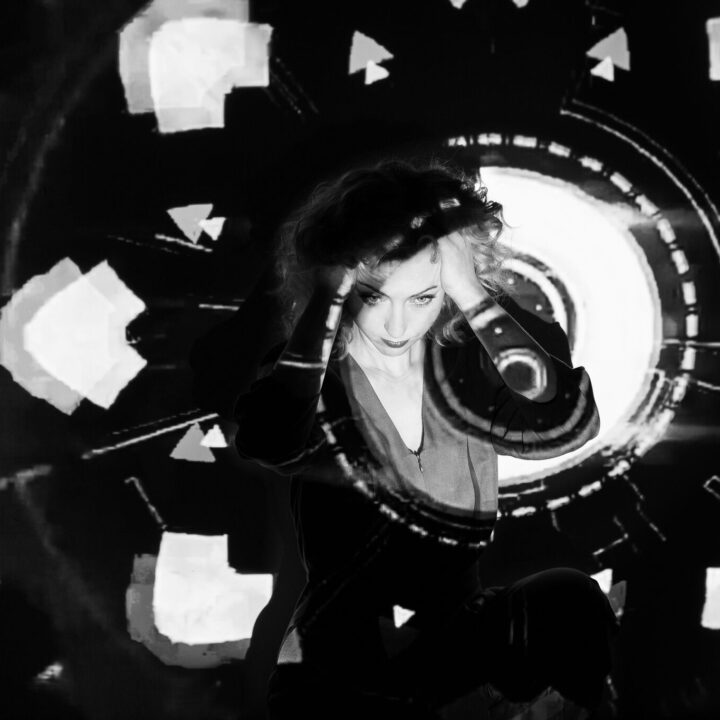 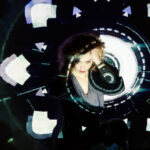 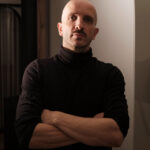 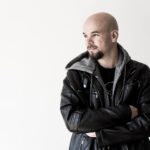