Main Auditorium The Centre for Culture in Lublin

The evening of 22 September. Tyler Clementi leaves his dorm room, buys food from the campus food court and heads towards the George Washington bridge. At 8:42 p.m., he posts from his cell phone on Facebook: ”Jumping off the gw bridge sorry.”

This story however, starts a few days earlier. On 19 September, Tyler asks his roommate to leave the room for the evening. Ravi, as this was his roommate’s name, worried about theft leaves the computer with a webcam on. This makes him catch Clementi in the act of sexual encounter with another man, and he shares the video stream with other people. The incident is repeated on 21 September, but this time Ravi is denounced, as Clementi notices his Twitter post in which his roommate urges others to watch the video stream again. Tyler is so much devastated by the incident that he decides to commit a suicide.

However, it is not Tyler’s story that makes the plot of the ANONYMOUS opera. It is only a starting point, serving as inspiration for the libretto. ANONYMOUS is a story of four characters: Ania, Barbara, Maciej and Tomasz; although they come from different cultural, community or social backgrounds, they are connected by one virtual reality – Internet. Each character is using this medium in a slightly different manner: for some, it is only means of communication, for others the space for expressing oneself, still for other an augmented reality. In ANONYMOUS however, the characters forget about an important fact – data bandwidth, and about failure to adapt the non-verbal communication to a binary system.

They feel unpunished and anonymous, they forget about limits of good taste and about acting in a cultured way. They all experience the online disinhibition effect, which is the inability to feel any limitations – restraints typical of direct contacts. This, in turn, leads to inevitable confrontation with their own nature.

A group consisting of vocalists, actors, instrumentalists, sound engineers and a conductor. Vast majority of the members are musicians with whom Rafał Ryterski has collaborated for the past few years, especially during his studies. They all specialize in contemporary music or they perform it regularly.

Anonymous Ensemble was formed in 2017 for purposes of producing the Anonymous opera. Today’s line-up somewhat differs from the original cast, as Ryterski reduced the number of performing artists; most of them however, have remained the same.

Composer, multimedia artist (installations, sound design, audiovisual works), music projects manager. Born in 1992 in Gdynia. The synthesis of the various styles from he draws on is a hallmark of his works. He distinguishes three main aesthetic tendencies in his music: glitch, noise, and spectralism. Although he does not avoid acoustic music, he is used to using electronic and digital media in his work, which gives him the opportunity to search for new identities for acoustic instruments. Besides music, he also organizes concerts and music education in new music. He graduated in composition with the multimedia specialty at University of Music of Fryderyk Chopin in Warsaw (2017). As his mentors, he mentions prof. Krzysztof Baculewski, prof. Barbara Okoń-Makowska and Sławomir Wojciechowski. Since 2017 he studies composition in The Royal Academy of Music in Aarhus, in class of Simon Steen-Andersen and Niels Rønsholdt. He also extends his education with various courses and symposia, e.g. Next Generation program during the Donaueschinger Musiktage (2016, 2017), Darmstadt Summer Music Courses (2017).
He also tends to teach as a specialist within the composition, sound art and music technology. Since 2017 he works as a composer and specialist in psychoacoustics within the Nightly application. His music is performed during many occasions – for example, the Festival Digital Revolution in Music (Warsaw, 2015), 6th New Music Days (Gdańsk, 2016), Festival Licenses (Paris, 2015), Warsaw Autumn (Warsaw, 2016 and 2017), Elementi (Kraków, 2017). Moreover, he organizes large music events such as the Atlas/Łąka concert (Warsaw, 2015) or the Opera Anonymous, which was composed by himself (Warsaw, 2017). 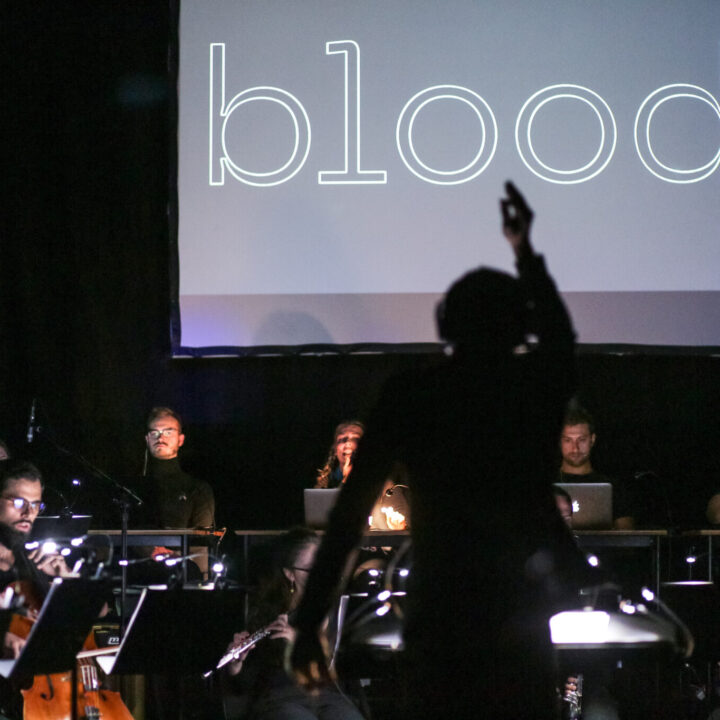