Morton FELDMAN – Why patterns?  for flute, bells and piano

“Why Patterns?” (1978) by Morton Feldman is an over half an hour-long composition for flute, piano, and percussion. Similar to many other works by Feldman, the parts of individual instruments are shaped independently of each other, asymmetrically, and their progression is slow, blurring in static, repetitive motifs and single rhythmic structures, primarily with the colour value. Correlations that appear incidentally between the three parts – flute, bells, and piano – result from the energy course of a given performance and are rather random. All of this, however, forms an extremely sensitive narrative that takes the listeners to another dimension, beyond time.

Feldman was born in Brooklyn into a family of Russian-Jewish immigrants from Kiev. Feldman’s first composition teachers were Wallingford Riegger and Stefan Wolpe. In early 1950s, Feldman went to hear the New York Philharmonic give a performance of Anton Webern’s Symphony, op. 21. In the lobby he met John Cage, who was at the concert. The two composers quickly became good friends. Through Cage, he met Richard Lippold, Sonia Sekula, Robert Rauschenberg, Henry Cowell, Virgil Thomson and George Antheil. With encouragement from Cage, Feldman began to write pieces that had no relation to compositional systems of the past, such as the constraints of traditional harmony or the serial technique. He experimented with non-standard systems of musical notation, often using grids in his scores, and specifying how many notes should be played at a certain time, but not which ones. He found inspiration in the paintings of the abstract expressionists, and throughout the 1970s wrote a number of pieces around twenty minutes in length, including Rothko Chapel and For Frank O’Hara. In 1977, he wrote the opera Neither with original text by Samuel Beckett. Later, he began to produce his very long works, often in one continuous movement, rarely shorter than half an hour in length and often much longer. In a 1982 lecture, Feldman noted: “Do we have anything in music for example that really wipes everything out? That just cleans everything away?”

Ewa Liebchen is one of the leading exponents of the contemporary flute in Poland, having performed a wide range of repertoire, including music at the cutting edge of modern flute technique. Focused on chamber music, she has appeared with many groups and ensembles specialising in new music, utilising flutes ranging from piccolo to bass. Both as a soloist and member of a duo called Flute o’clock, she has performed and promoted music by numerous Polish composers, with many of those works being commissioned and written for the duo. These activities have been supported by the Culture Ministry through grants that enabled her and the duo to undertake the projects through collaborating with composers. The first album recorded by Flute o’clock, Now, received a distinction by the Hi-Fi i Muzyka monthly in the Record of the Year 2010 category, and was nominated for the 2011 Fryderyk Award in the Phonographic Debut of the Year category. Recently, two more CDs with music by Polish composers Sławomir Kupczak and Dominik Karski and her debut solo album Electric sheep have been released, to great critical acclaim. As a guest lecturer and educator in music schools and academies in Poland (e. g. Music Acadamy in Łódź, Music Academy in Gdańsk, Music Academy in Bydgoszcz), she has given masterclasses, lectures, and presentations on extended flute techniques and contemporary performance practice, for both flutists and composers. As an artist-in-residence and performer she has been invited to the International Summer Course for Composers Synthetis in Radziejowice (2015, 2017) and to the Electroacoustic Music Performance Season that was held at the Sichuan Conservatory of Music in Chendgu (2017). Ewa Liebchen is a graduate of Accademia Italiana del Flauto in Rome, Italy (2002), and Academy of Music in Bydgoszcz, Poland (2005), having studied with Raymond Guiot, Riccardo Ghiani and Jadwiga Kotnowska. She has won prizes in several national and international competitions, where she performed both as a soloist and chamber musician. She has also been awarded various grants and scholarships, such as the Culture Ministry, Accademia Musicale Chigiana, Top Wind and Lion’s Club.

Pianist, artistic director of the Kwadrofonik Festival and the series “Listenings – Concerts to be toured”, educator, laureate of the most important Polish cultural awards, such as: the Koryfeusz, the Polityka’s Passport, the Fryderyk, the Gold Record, the Folk Phonogram of the Year. Emilia Karolina Sitarz graduated from the F. Chopin University of Music in Warsaw and the postgraduate master studies at the University for Music and Theatre in Rostock – under the supervision of the Hans-Peter and Volker Stenzl duo, which she finished with distinction. For many years she was studying under the tutelage of the duo Brach Eden-Alexander Tamir (Israel). In 1999 she co-founded the Lutosławski Piano Duo, and in 2005 the Kwadrofonik quartet. Original musical projects which she creates with her ensembles frequently host pop, jazz and folk music personalities (including D. Miśkiewicz, A. Rojek, M. Koteluk, A Strug). She also collaborates with distinguished flutist Ewa Liebchen. Since 2011 she has been running the Kwadrofonik Association, which has launched, among others, the Kwadrofonik Festival, Listenings – concerts to be toured, Pianokrąg, Wolny Koncert, Kwadrofonik – Beyond the Limits of Sound. She has been touring in most European countries, both Americas, the Middle East and Japan, performing at such venues as: the Carnegie Hall, the Berlin and Warsaw Philharmonics, the Izumi Hall, the Gulbenkian Auditorio, the W. Lutosławski Concert Studio, the Chicago Symphony Center, the Polish National Radio Symphony Orchestra, the Beijing Music Hall, the J.F. Kennedy Center for the Performing Arts. She has participated in numerous festivals, including: the Festival of Polish Radio, the Kwartesencja, the Warsaw Autumn, the Chain, the UNSOUND, the Festival of First Performances, the MusicaPolonica Nova, the Polish Piano Festival, the Piano Festival in Cracow, the Vratislavia Cantans, the Music on the Heights, the Two Moors Festival (Great Britain), the Londrina Festival (Brazil), the Scelsi Festival (Italy), the Music Festival in Łańcut, the Klang, the Malta, the SpringFestival (Israel), the Ein Kerem Music Center Season (Israel). She is a regular guests at piano duo festivals, e.g. in Moldova, Lithuania and Belarus, and performs at Polish Institutes abroad. She attaches great importance to new music and cooperation with composers, hence her performances of several dozen world premieres, including concertos for two pianos composed especially for her ensembles, as well as Différance and Symphony No3 by W. Zych – for harmonics piano four hands and orchestra, Concerto for Two Pianos by M. Małecki, DFRGMNTD and September by W. Blecharz, Fuori – Concerto for Two Pianos and Möbius Strip by M. Jabłoński, and chamber works by M. Laskowski, K. Szwed, J. Stanley, WZ Zych, W. Blecharz and A. Zagajewski. At present she is working on compositions by foreign composers such as: Malte Giesen, Sasha Blondeau, Peter ABlinger, Niels Ronsholdt, Lore M. Hiendl, Nigel Osbourne. Her creative explorations embrace traditions of classical music, performance of most contemporary music and multi-source inspirations, including Polish traditional and electronic music. Together with Kwadrofonik she is originator of first Polish performances of such works as Music for Eighteen Musicians and Daniel Variations by Steve Reich and Industrial Symphony by Angelo Badalamenti. She is co-composer of the following projects: Folk Requiem, Folklove, I was here. Fryderyk and Urlicht. The most important recordings she has participated in are: Lutosławski Piano Duo, Folklove, Folk Requiem, Piano.pl, Lutosławski – Tuwim. Songs Not Only for Children, Winterreise, Unchained, Incorporate, Liminal Studies, Lady Monsieur Poldowski, The Poet’s Astronomy. Baczyński, Good Night Mr. Górecki. She is lecturer on piano duo and new music performance, and author of a series of educational concerts for children and youth on contemporary music. She is originator of a series of online programmes Play the Duo, launched in 2020 and presenting works for the piano duo. 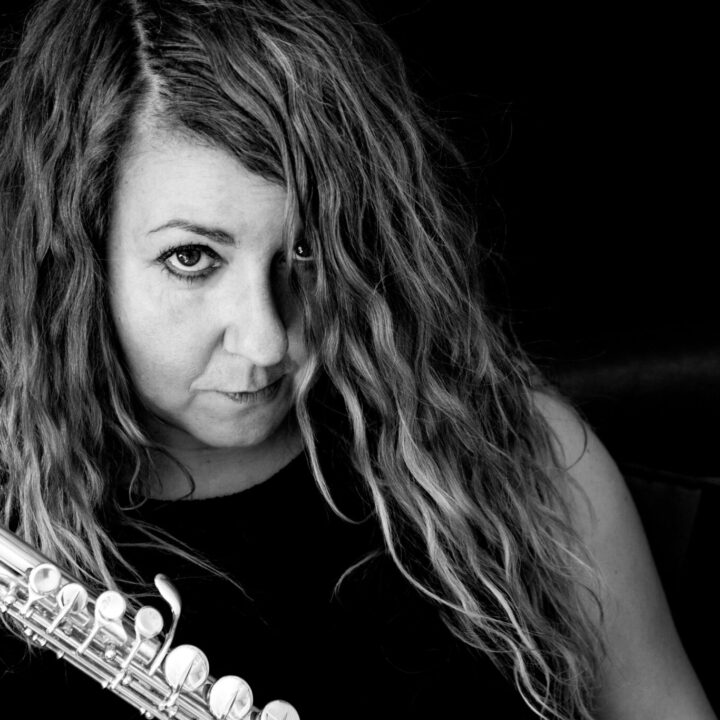 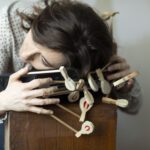 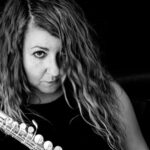 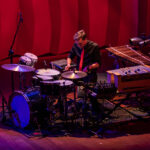