Patio The Centre foCulture in Lublin

This year’s Dance Night, created by groups of the Workshops of Local Culture, will focus on protective measures.

The CODES Festival and the inauguration of the autumn series of workshops will enable us to see how traditional culture copes with crisis situations. Where to look for help, where to look for protection and welfare?

In such situations traditional cultures invariably refer to the spiritual world and symbolism, seeking protection given by saints, patrons, guardians, and by gaining the strength of nature with the help of almost magical actions.

Active participation in singing, dancing and other activities will be very important. Therefore, you should be equipped with your openness, your willingness to co-create the ball, a protective mask, decorated as it is required during such a ceremony, and a bell, any kind, be it small, or big.

researches styles of traditional singing (mainly ritual songs) in Poland and Central and Eastern Europe. She makes recordings in the field, runs workshops and gives concerts of Polish traditional songs and instrumental music in north Lesser Poland and Lubelskie voivodeship.

She is author of educational and artistic projects which aim to pass on, reconstruct and promote Polish traditional music. Since 2017 she has been researching cultural identity and traditional music transformations in difficult historical circumstances as were post-war relocations. She is very fond of folk wedding songs which do not allow half-hearted singing and which she has learnt from traditional singers in Poland and Ukraine since 1999.

She was a student of violinist Jan Gaca from Przystałowice Małe in the years 2000-2013. She has been involved in numerous music projects and bands: Tęgie Chłopy, Z Lasu, Warszawa Wschodnia, Orkiestra Jarmarku Jagiellońskiego, MZK Toruń. She also obtained a grant from the Minister of Culture and National Heritage. She has got PhD in human sciences.

Self-taught fiddler, disciple of a great master Kazimierz Meta. His musical explorations focus on direct master-disciple transmission of skills and tradition, as well as the archaic musical forms of the region of Mazovia.

He plays in crudo to accompany dances (Dom Tańca Poznań, Maciej Filipczuk i goście weselni) [Poznań House of Dance, Maciej Filipczuk and the Wedding Guests]. He is also the leader and co-author of many artistic projects inspired by traditional music, such as Lautari, Transkapela, Hałas Trio, Tęgie Chłopy [Stout Guys] and Niewte.

He obtained Minister of Culture scholarships for such projects as “Mazurka Vulgaris”, “MetaMuzyka” and “Arche Vivum”.

Singer and singing teacher, psychotanatologist, funeral singer, music therapist specializing in male singing styles and religious folklore, including ritual and funeral songs. He learns directly from rural singers, conducts field research and leads singing workshops. He is the student of the funeral singer Jan Wnuk from Zdziłowice and Genowefa Lenarcik from Słotwiny.

Although singing in crudo takes most of the time, the artist is also deeply involved in other musical projects, such as “Minimal Blood” – traditional songs about women and blood and “Songs of transition” – songs about death and funeral songs accompanied by viola.

In 2015, as part of a scholarship awarded by the Polish Ministry of Culture and National Heritage, he carried out the project “I am going to the grave – Traditional Funeral Songs”. In 2016 he took the second place in the soloist category during the “Tournament of Real Musicians” (Turniej Muzyków Prawdziwych) in Szczecin. In 2017, he won the Grand Prix of the 20th Polish Radio Festival “New Tradition” [Nowa Tradycja] as part of the duet Grochocki_Odorowicz. 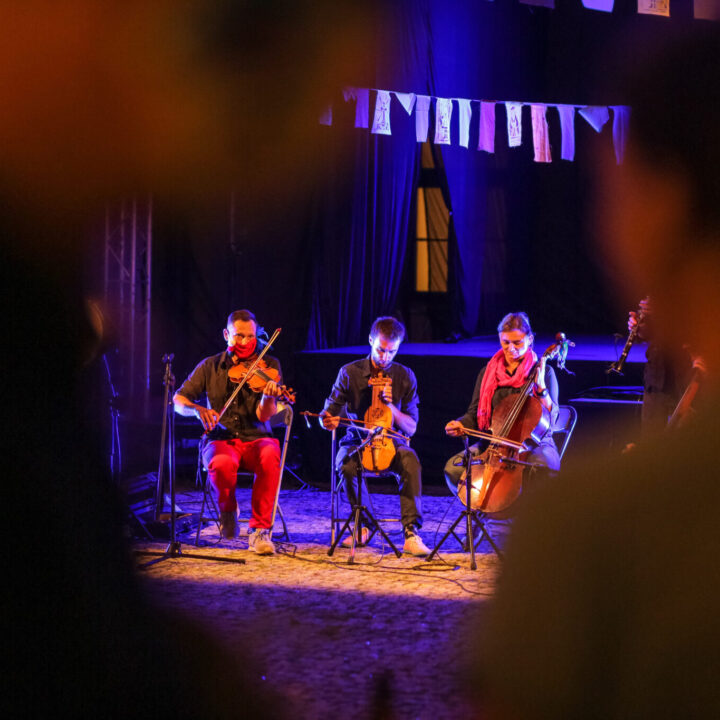