The Black Room The Centre for Culture in Lublin

Co-financed by the Minister of Culture and National Heritage from funds of the Culture Promotion Fund as part of the “Composer’s commissions” program, implemented by the Institute of Music and Dance, Association of Stage Writers and Composers and Institute for Romanian Culture in Warsaw.

THE SHINING, coming from the Photographic Scores series, is a voyage into the world of minimalist poetic photography. A group of composers, masters of improvisation, make references to the works by a Romanian photographer, Andreia Baciu.

The main theme of THE SHINING is light, spotted and captured by a photographer. It is usually very subtle, dream-like and mystic, yet at times outlining very sharp and contrasting figures. And this is what the musical work is like, inspired by light captured in the photographs by Adreia Baciu: it shines with colours of the rainbow (in spring), burnt hues of summer diffused in the thicket of grass, the monochromatic black and white of winter; with light barely shining through tree tops in an old wood, light emphasizing the grandeur of the Carpathian Mountains, light captured inside an old family house deserted for many years…

How I long to see

the face of God.

Hungarian pianist, improviser, composer and pedagogue living in Poland since 1969. Apart from being a recipient of numerous awards and an active concert pianist performing classical and contemporary music, he specializes in creative musico-visual pedagogy.

In partnership with Free School of the Arts in Pécs, the artist has been giving lectures and running workshops in piano improvisation. His activities has been critically acclaimed – he was awarded the Orpheus Prize granted by the critics’ section affiliated with the Association of Polish Artists Musicians, the annual prize of the Polish Composers’ Union; he was made a Professor of Musical Arts.

Born on 8 September 1980 in Warsaw; percussionist, composer and improviser who is freely moving between music genres. In addition to his classical music education, he is currently a valued interpreter of contemporary music, author of solo albums, creator of soundtracks and one the most active Polish percussionists playing improvisation, experimental free jazz, electronics and ethnic music.

Author and performer of numerous music-based performances and installations, author of many music-related projects, such as Klepsydra Dźwiękowa [Sound Hourglass] (the “flowing” substance is sound and subsequent harmonic intervals measure the passage of time), Sejsmofon [Seismic Phone] (oscillations of the earth are transformed into a musical form) and a brand new concept of music making – Reverse Music (deducting sound, that is “trimming” noise, in order to obtain a musical form).

He recorded and released a number of albums with his compositions (at OBUH Records label). For his activity in the 1980s promoting the Freedom of Speech, he was awarded with the Officer’s Cross [Order of Polonia Restituta Fourth Class]. Currently, he is the Vice-Chairman of the Polish Section of the International Society Contemporary Music.

Born in Warsaw in 1954, he studied the double bass performance (with Alfred Wieczorek and Andrzej Mysiński) and composition (with Włodzimierz Kotoński) at the Music Academy in Warsaw. Thanks to a Witold Lutosławski grant, he continued his compositional studies with Isang Yun in West Berlin and Klaus Huber in Freiburg i. Br. (1986-87). As a double bass player he focuses on the contemporary solo repertoire. He has performed in many European countries, Asia, and the United States.

He is also active as an improviser, playing with musical ensembles such as Mud Cavaliers and Laterna. In 1995 his A Very True Story for tape received the highest award at the EAR radio competition and Budapest, and in 1999 his Concerto à rebours for violin and orchestra (1998) was commended at the UNESCO International Rostrum of Composers in Paris. He is also active in the field of promoting contemporary music and arts education. He ran several cycles of radio programmes introducing children into the world of new music and cooperated with the Children’s Arts Centre in Poznań and the Okopowa Cultural Centre in Warsaw. He was Artistic Director of World Music Days in Warsaw in 1992. In 2004 he was invited as a lecturer to the Darmstadt Summer Courses for New Music.

It is Andrei Baciu’s strong belief that there is no border between photography and poetry. Photography is, just like poetry, full of lyrism. Somewhere, high up, they meet, they mix, they mingle. Photogralysm.

While an art such as literature seeks, through words, the Word, photography reveals the light within the Light. This is the premise of Andrei’s visual expression endeavors. Obsessively fascinated by the power with which the photographical art bears testimony that “the world is good from the viewpoint of its purpose, beautiful as making, complex from the perspective of its existence and spiritual through its very materiality” (Horia Bernea), he does his best to acknowledge the assertion in the quote above.

Andrei lives in Moara Domneasca, Prahova county, Romania. Owner of a Ph. D. in literature and teacher at a near-by high school, he has published photos and articles in various national and international magazines and websites. Should you be hiking the hills close to his village, chances are you will run into him. 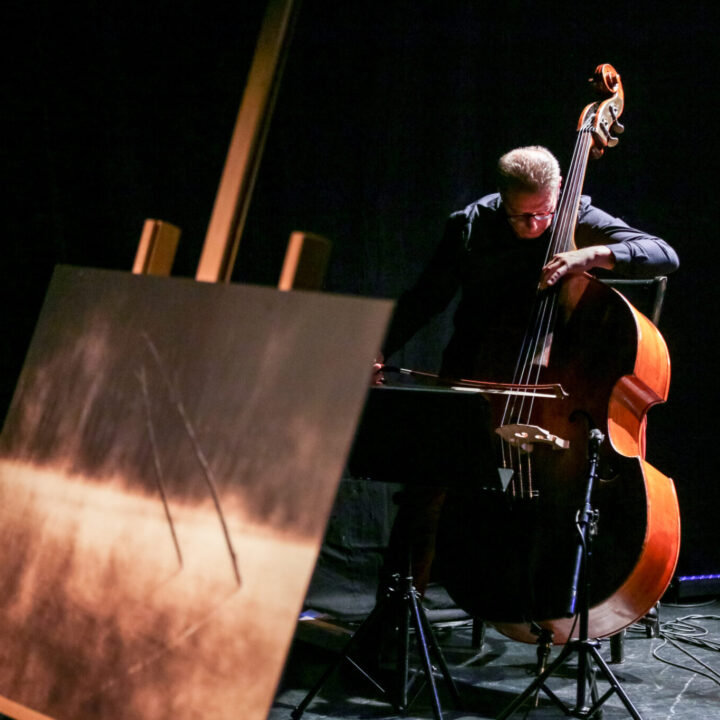